All the images on this blog are the copyright property of the artist and his agent, and may not be reproduced without permission.

Napster sincerely hopes that people viewing these images will enjoy them as much as we did in their creation, and that viewers will enter into the spirit of the exercise, as tongue-in-cheek and wonderful as it has been and continues to be. 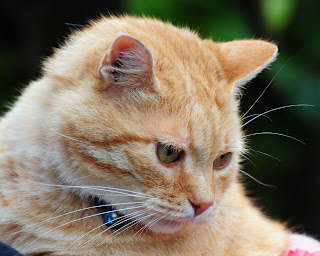 With tremendous sadness we report that Napster has left us.


He was taken ill on July 1st, and on July 4th was diagnosed with an aggressive liver cancer. At almost 18 years old, there is no coming back from that, nowhere to go. 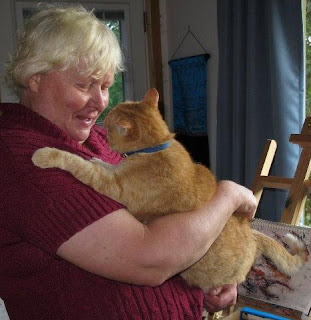 He was in pain, and that's not ever acceptable.  On Saturday afternoon, held in loving arms, purring, he went to sleep and crossed that Rainbow Bridge.  Heaven will be the brighter for his arrival, while we are all a little darker for his departure.


For so many years he has brought so much joy, such sheer delight to so many people around the globe. He has raised over $12,000 for his various charities -- and that work will continue with the ongoing sale of his artwork to honour his legacy. 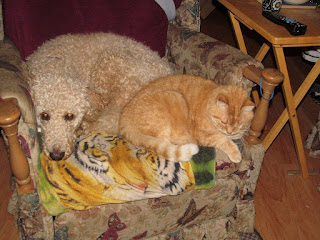 Much thanks goes to Dr. Earl Wurdell, his lifetime vet, for going above and beyond.  To Brian Tapley, who built a suitable casket lined with purple satin provided by Carol, to David and Megan Tapley for attending to the various details that go with even a small family funeral. 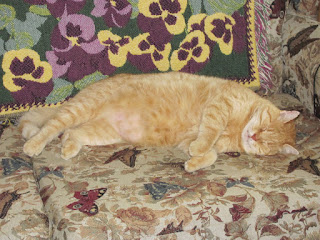 Who would ever have thought that this little ginger scrap of fur, with one tooth and one eye, one huge heart and one amazing tail could have achieved what he did. 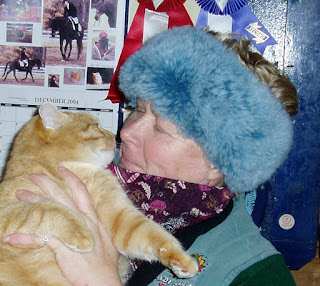 Thank you Napster for sharing your life, your talent, your affection with us for these many years.  Know that you were beloved. Know that you will be remembered. 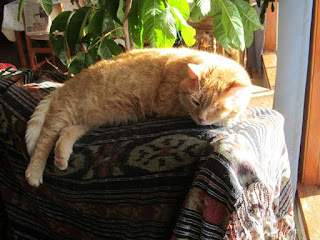 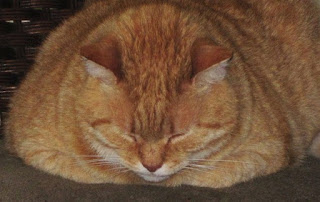 Posted by Nancy Tapley at 4:34 PM No comments:

What a Way to Brighten a Snowy Day

Napster is bored with Winter Whites.

Yesterday, he dragged out his paints, and created a piece of art to brighten any day.


The thing is (as is often the case with the Cat and his brush with art) we are not quite sure which way he meant it to hang on the wall...


And we are told that art requires a title to validate the piece, so we not only need to decide Which Way?  We also need a charming title for the work.

His friend Sharon thought it looked a little "Emily Carr" for the boldness of the style.


He's got some spring flowers blooming in the house right now, like a hibiscus that has a big pop of colour.


So... we'd like you to weigh in here please.  We'll pick a winner from the entries that we like the best, and that person will get a free packet of Napster's coveted art cards.

Thank you to Aaron Hutchins of Macleans magazine, who got the nod to follow up on Napster's artistic journey.

This article has just been posted to their on-line edition. You can read it here.

Napster is very very pleased, and grateful, and hopes that this added publicity will help him push his donations fund even higher.   This past week, he made a donation to BEAR WITH US, in Sprucedale, where Mike MacIntosh rescues injured black bears.  This was a specific donation towards the rehab of Hope, a desperately ill little bear who is still suffering a form of paralyses in her hind legs.  Napster knows what it is to be ill...  and he also knows that every little bit can help.  When we found an orphaned fawn in our back fields, he was pleased to be able to donate towards her care at the Aspen Valley Wildlife Sanctuary.

While he snuggles on the back of his favourite chair watching the birds at the feeder and the deer on our lawn here at Bondi Village, these charities that help animals are the ones closest to his heart.


In addition to his favourite charity, A Wing and a Prayer, over the past years he has been asked and has been happy to help out a whole list of charities. Both the local Lake of Bays Libraries feature his work, and he fund-raises for them. As he does for both the local Anglican and United churches.  The Huntsville branch of the Cancer Society has auctioned his work. The Huntsville Animal Shelter was a big benefitting cause as well. In Guelph, the Wind Dancer Pony Rescues auctions off one of his paintings each year at their PonyPalooza event.  He has also made contributions to the Me to We group on their way to Africa a few years back, the local Food Bank fundraiser, and animal shelters in Hamilton and B.C.  In addition, one of his works sells as a fundraiser card for the charity Eyes on Animals, based in Holland and working throughout the EU to improve the conditions of animals being shipped for breeding and slaughter across multiple border crossings.


In short, for being a pretty small player, he has done a tremendous amount of good for a lot of charities.  He would very much like to thank Aaron for the article -- and for explaining that the amount in the BlogList referred to single sales. Hard to match those numbers, since he doesn't sell his originals... and likes to keep his prints affordable for all.  But still...

And he would very much like to express his purr-fectly best wishes to all those who wrote in on his behalf, and especially the Old Salts Seniors Canoe Club for their devotion to his artwork, to himself, and for putting together that petition.    He had no idea you were doing that for him, and he is deeply humbled.


He also has his paws crossed that this will help him to advance his sales, so he can make even more donations in future.

Thanks Aaron, for taking the time to respond to the emails and petition, and to call up to interview Napster for Macleans.

Posted by Nancy Tapley at 3:35 PM No comments:

Coming soon to a news-stand near you. 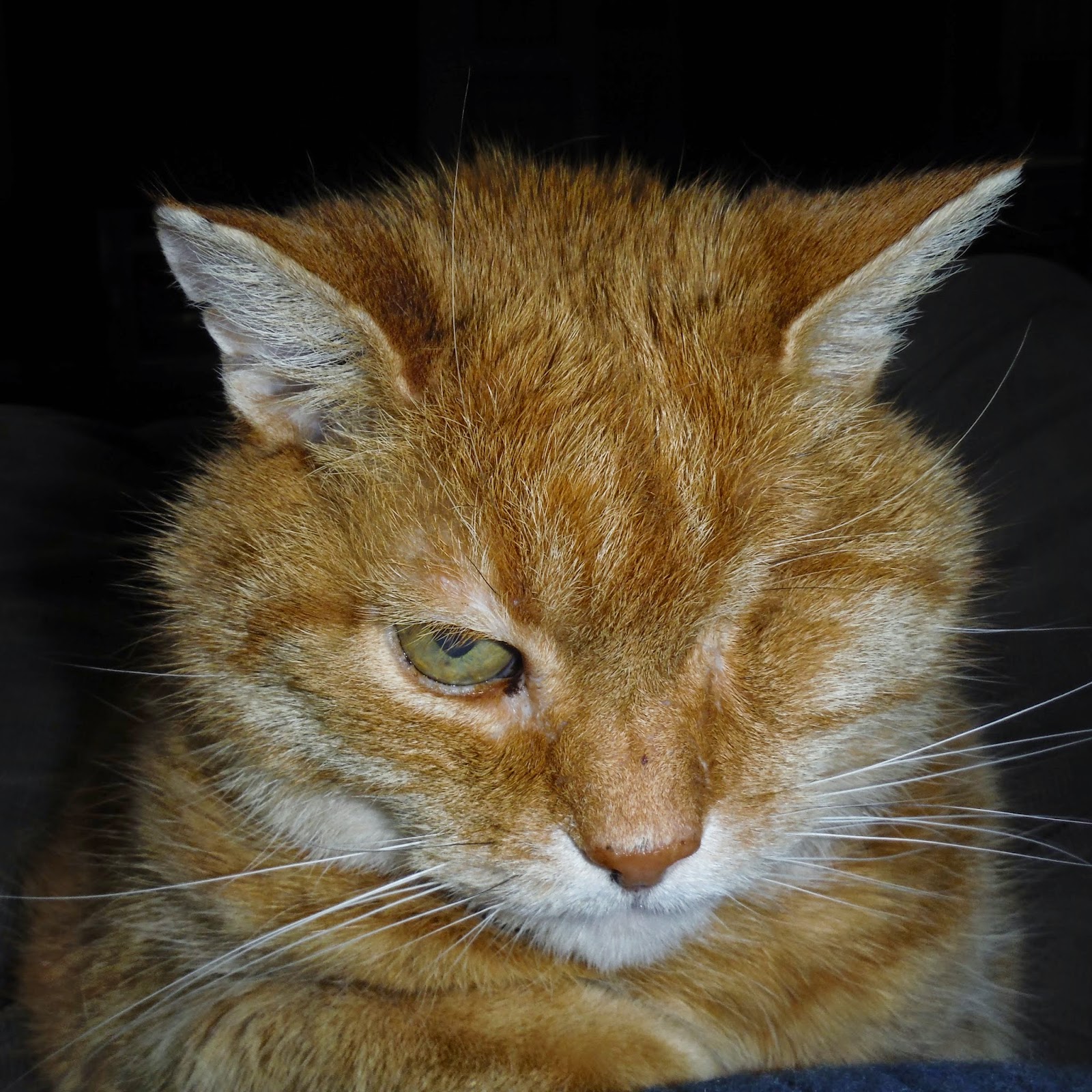 He's been trying to contain his excitement.  After being snubbed in Macleans Magazine back in July, by being omitted completely from their list of animal artists (and there may be reasons, but he was still upset), Napster was thrilled to get a phone call interview from one of the Macleans' writers.

Seems that there has been a persistent mail-in campaign to Macleans from his fan-base, culminating with the Old Salts Canoe Club putting together a petition with over 50 names on it...

THAT got the attention of Canada's most widely read magazine.

So, fingers crossed... while he had hoped for nothing more than a simple correction, a mention of his art, below the fold on page 5...   he is now all a-quiver that he may get a bit more recognition than that.

Stay tuned.  As they say, don't touch that dial...
Posted by Nancy Tapley at 2:48 PM No comments: 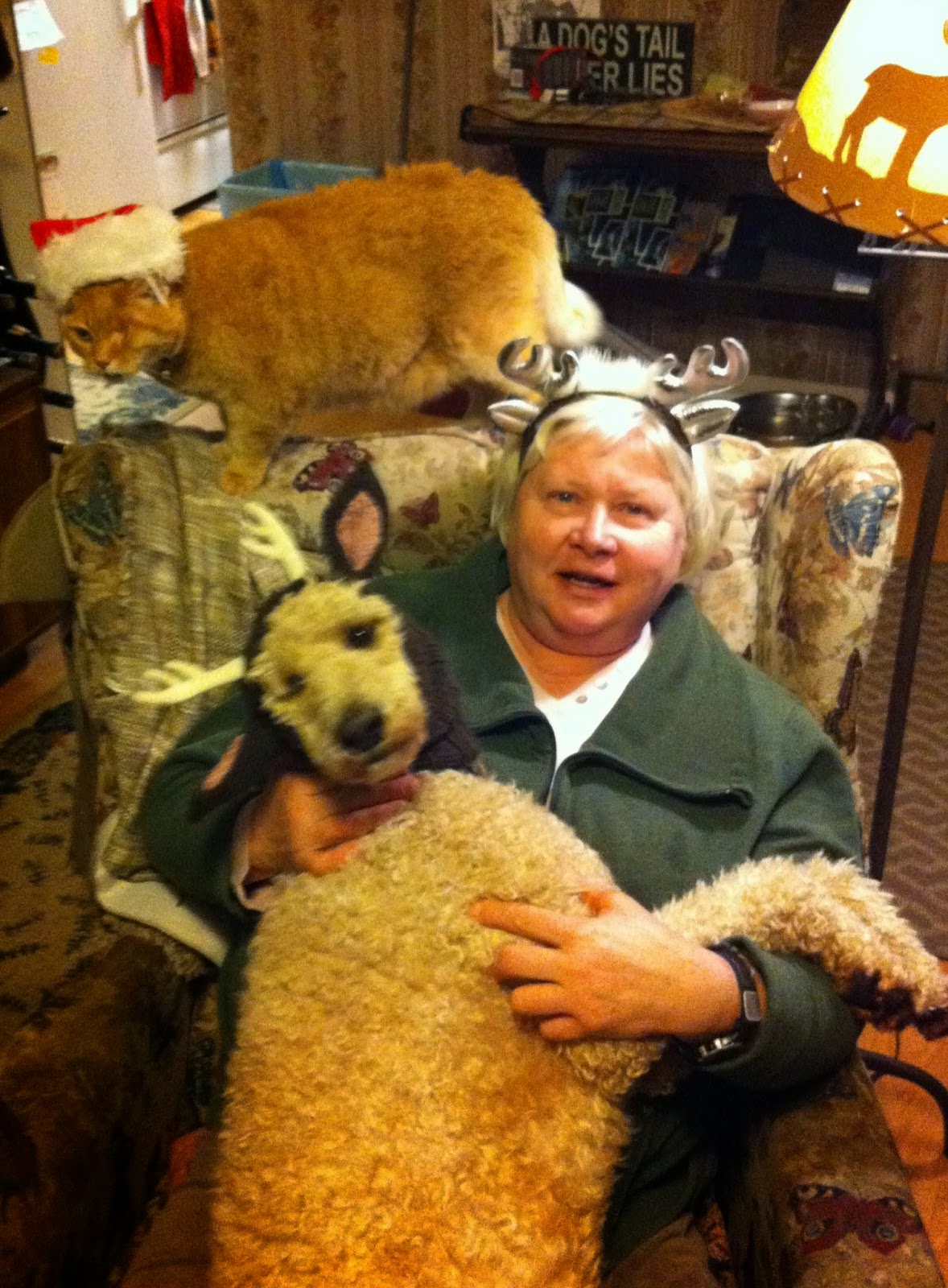 Napster has not posted for a few months -- he has been enjoying being out of doors, and watching the birds at the feeder from the back of his chair. We think he draws a lot of inspiration from watching his world!


But now, he is gearing up for the Christmas season, when Santa Claws and his trusty reindeer will be delivering Napster Notes and Prints for stockings and gifts.

(we are informed that this is one rein-dear, and one stan-deer-ed poodle, but let us knot quibble)

Posted by Nancy Tapley at 6:55 AM No comments:

Mike is a big Fan of Napster's work, and has two in his own home.

Each summer, he picks up a few more as house-warming and other gifts for his friends.

Napster had a little snuggle with him, just his way of saying "thanks."
Posted by Nancy Tapley at 8:25 AM No comments:

Gallery, Open by Chance or Appointment


Having first heard of Napster at the Noah's Larks' dinner at the Pioneer Memorial Church, where one of his paintings sold for $50 to aid the cause at the silent auction, there was nothing to be done except to drive out and meet the artist in person (cat-son?) at his studio at Bondi Village.

June Gibson, Joan Macaw and Ann Hutley made an afernoon of touring the artist's studio and taking home some swag in the form of note-cards. 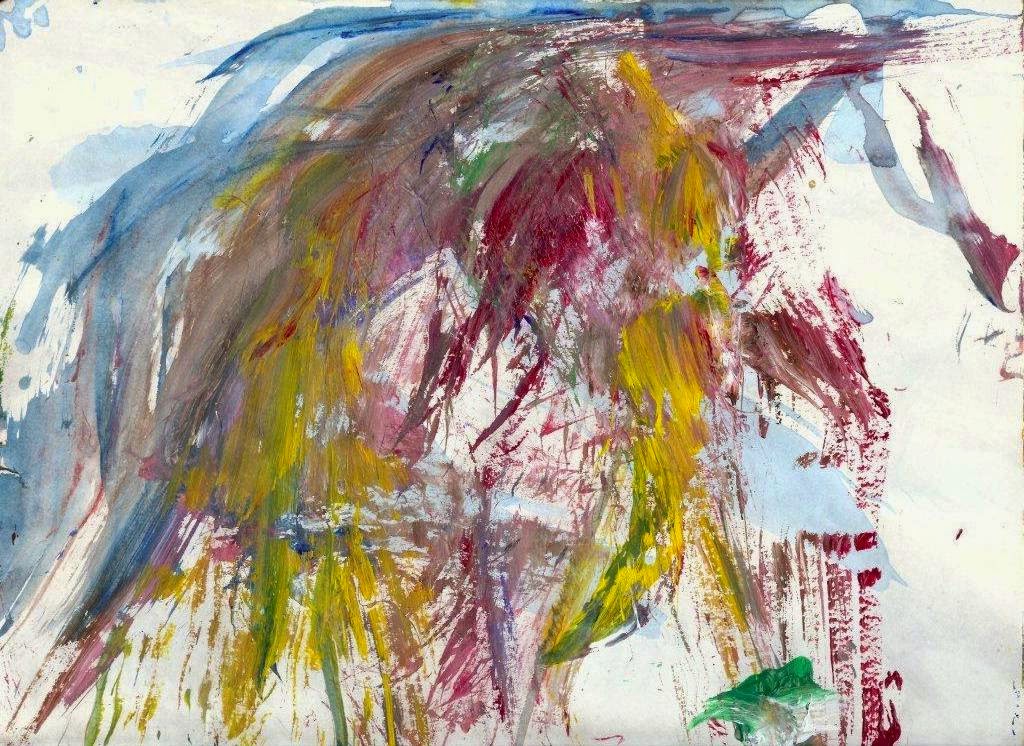 Of course, Joan (a Macaw herself) had to have his image of Two Macaws...

Posted by Nancy Tapley at 8:23 AM No comments: 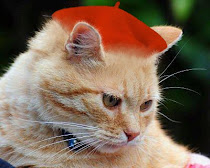 Napster's artwork is available at both Bondi Village Resort (his full portfolio) and at the Dwight Library (individual cards, and an assorted pack of assorted cards)

Or you can order direct from this Blog by emailing ntapley@vianet.ca

There is shipping and handling on all orders:

Born to a wild mother in a hay loft in Bobcaygeon, Napster relocated to Bondi Village Resort on Lake of Bays to be the stable cat.

Deciding life was better indoors on the couch, he made a lateral career shift to house-cat/couch potato. He got his name because he was free, and when patted, he downloads music.

A crisis precipitated by his getting stuck in the cat-flap door set him on a life path of healthy eating and exercise. Abetted by friends, who carried him away from the house so he had to walk home, he lost considerable weight and regained the freedom of the cat-flap.

Seeking a way to keep busy without eating, he dabbled with various hobbies, finally settling on art.

Using his tail as the brush, and working with an assistant who holds the palate and the canvas within easy reach, Napster began his artistic career in February 2010, and has already amassed a considerable body of work. His bold strokes, and fearless use of colour combine with his unique vision of the world to produce startling and evocative images.

Proceeds from the sale of his work go to A Wing and A Prayer Bird Rescue Centre, the charity Napster chose to atone for past mistakes.
Napster Felinus can be contacted through the Bondi Resort Blog